Find that perfect Christmas tree lot for your holiday experience.

Looking for a precut Christmas tree farm near you?

Looking for Something New This Holiday Season? Try an Exotic Species This Year.

Michiganders that purchase a real tree for the holidays each year are likely familiar with many of the “tried and true” Christmas tree species that usually appear at tree lots and choose-and-cut farms such as Fraser fir, balsam fir, Douglas fir and blue spruce. Michigan Christmas tree growers are an innovative lot, however, and consumers may find exotic or lesser-known species as they’re looking for this year’s tree.

Strictly speaking, an exotic is tree species that is not native to our area. In Michigan, we grow some conifers that are native Christmas trees like balsam fir, white spruce and white pine, but also commonly grow other trees that are not native like Fraser fir and blue spruce. When talking about Christmas trees, the term exotic has morphed into meaning less common or unusual.

Growers produce exotics to give their customers a greater range of choices when they come to their farm or tree lot. In certain cases, exotics may be better adapted to certain soil conditions, such as high soil pH or wet soils, or more resistance to diseases. This allows growers to produce trees on sites they might not be able to otherwise. Some growers are interested in the botany of conifers and enjoy learning about and growing different and unusual species.

For consumer that like something outside the box, Michigan State University Extension suggests the following exotic or less common Christmas trees you may want to keep an eye for as you look for this year’s tree.

Subalpine fir (Abies lasiocarpa for the botanists out there) is a conifer that is native to mountains of the western U.S. and Canada. In its native range, it is often noted for its spire-like form. Subalpine fir makes a beautiful Christmas tree with a compact, pyramidal form and bluish needles.

Corkbark is a botanic variety (var. arizonica) within subalpine fir. Corkbark fir is slower growing and more compact than subalpine fir and has even bluer needles. 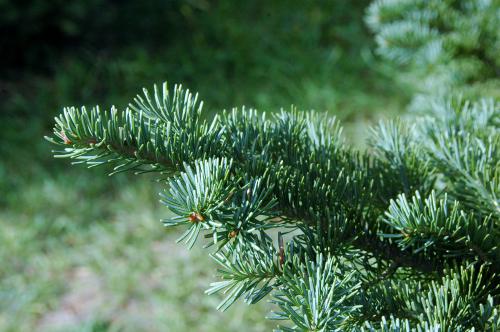 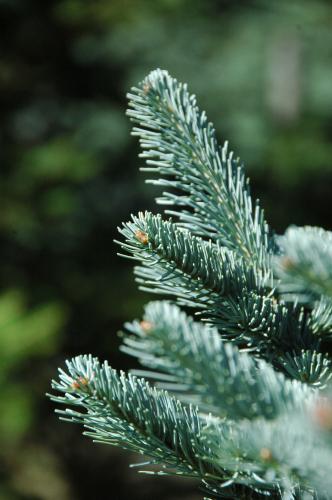 You could debate whether concolor fir (Abies concolor) should be included in a list of exotic Christmas trees. Many growers produce concolor fir, but it’s still less known among consumers at large. Concolor fir has long, blue needles, giving it a unique, coarse appearance. This species also has a distinctive scent, often described as citrusy or orange-like. 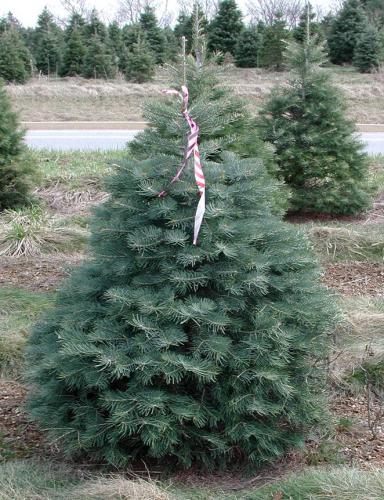 Nordmann fir (Abies nordmanniana) and Turkish fir (Abies bornmuelleriana) are native to southeastern Europe. The species are closely related and some botanists suggest they are varieties of the same species. In any event, they are excellent Christmas trees. Nordmann fir is by far the most popular Christmas tree in Europe. Both species have deep green needles and layered appearance to their branches. 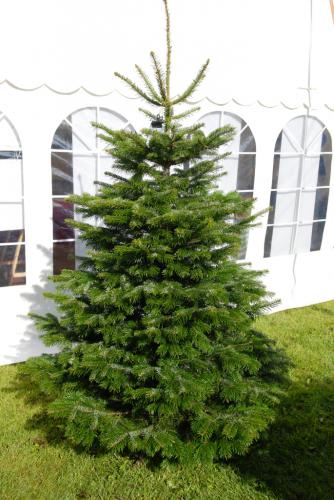 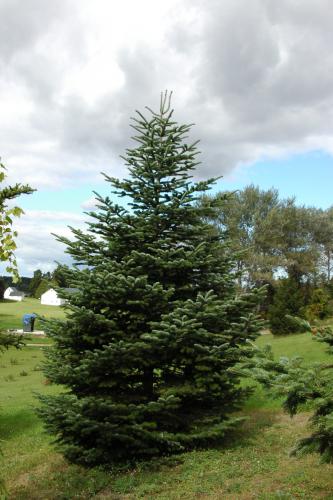 Canaan fir (Abies balsamea var phanerolepis) is closely related to balsam fir and Fraser fir. It is sometimes described as a cross between Fraser fir and balsam fir since many of its attributes are intermediate between those species, but it is actually a specific seed source of balsam fir from the Canaan Valley of West Virginia. It has excellent form and needle color. 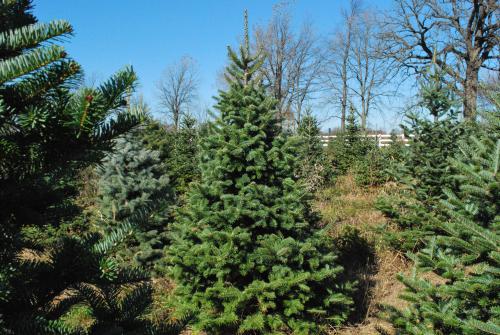 As the name implies, Korean fir (Abies koreana) is native to mountains in Korea. Korean fir is an attractive tree with green needles that have silvery undersides. The arrangement of needles along the shoots of Korean fir give them a bottlebrush appearance. Korean fir can be a challenge for growers as they may not always keep a straight, single leader. Their needle coloration and appearance, however, give them a unique appeal. 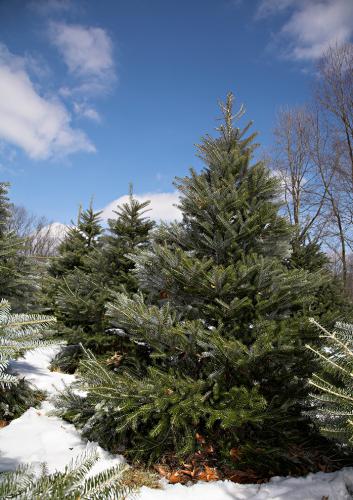 As with Canaan fir, Black hills spruce (Picea glauca var. densata) is a geographic variety of a well-known species; in this case white spruce. Black hill spruce retains the pyramidal form and short, gray-green needles of white spruce, but has a slower growth rate and more compact form. This results in a tree that has a very natural Christmas tree shape. Because of its compact form, this tree makes an excellent table-top Christmas tree. 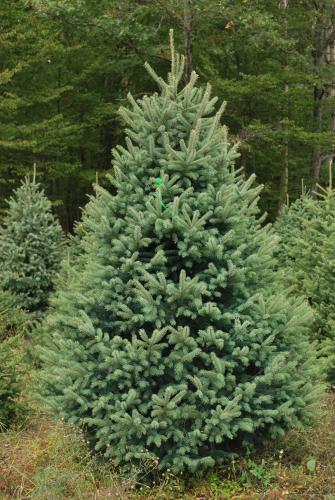 Tweet
Meeting Videos and Presentations
Links to videos on a variety of Christmas tree top...

By accepting you will be accessing a service provided by a third-party external to https://mcta.org/